UFC will return with their 4th event since pandemic disruptions on May 30. The organization has put together a fight card comprising of 6 undercard and 5 main card fights. Here Dana White also confirmed the blockbuster main event which had been doing the rounds for a few weeks.

UFC President Dana White opened up on how the main event came to be.

On ESPN MMA, he said, “As things started to fall apart we continued to figure out who still wanted to fight. And then the Woodley-Burns match is a fight we really wanted to make. Gilbert Burns has been on an absolute tear. He’s undefeated at this weight since he went to 170 and he beat Demain Maia which is a big deal. This kid’s on fire right now. It should be a big deal.” 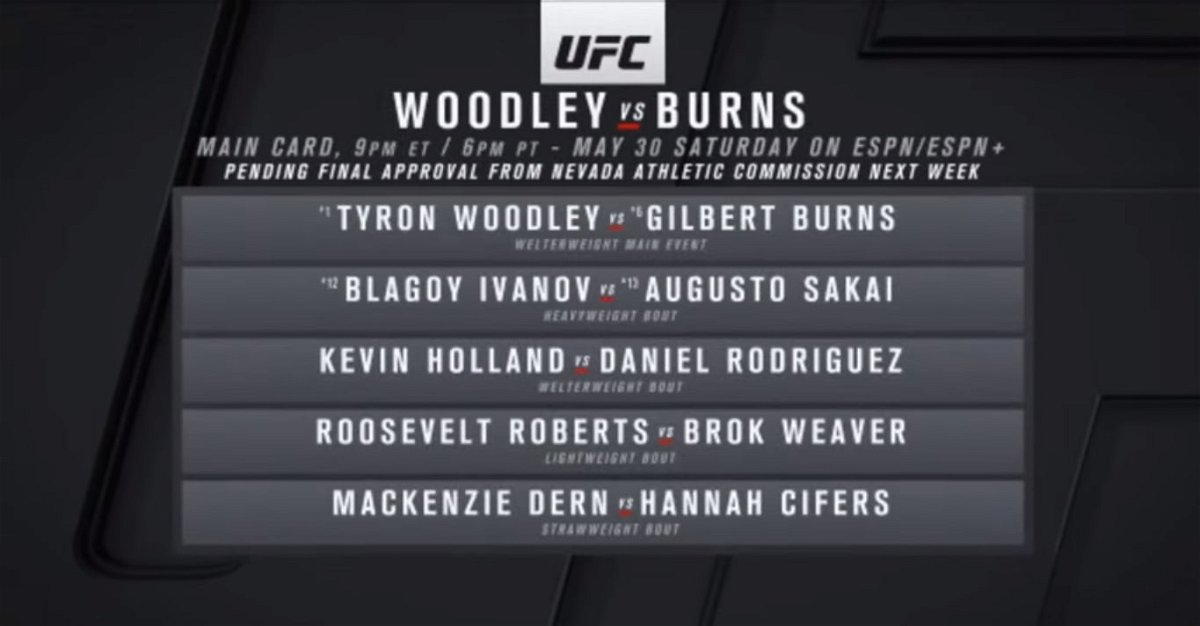 Another headline-grabbing bout in the main card features Kevin Holland. The fighter will enter the Octagon for the second time in 14 days thus equaling the second shortest duration between fights in the UFC. He drops to Welterweight to fight Daniel Rodriguez. 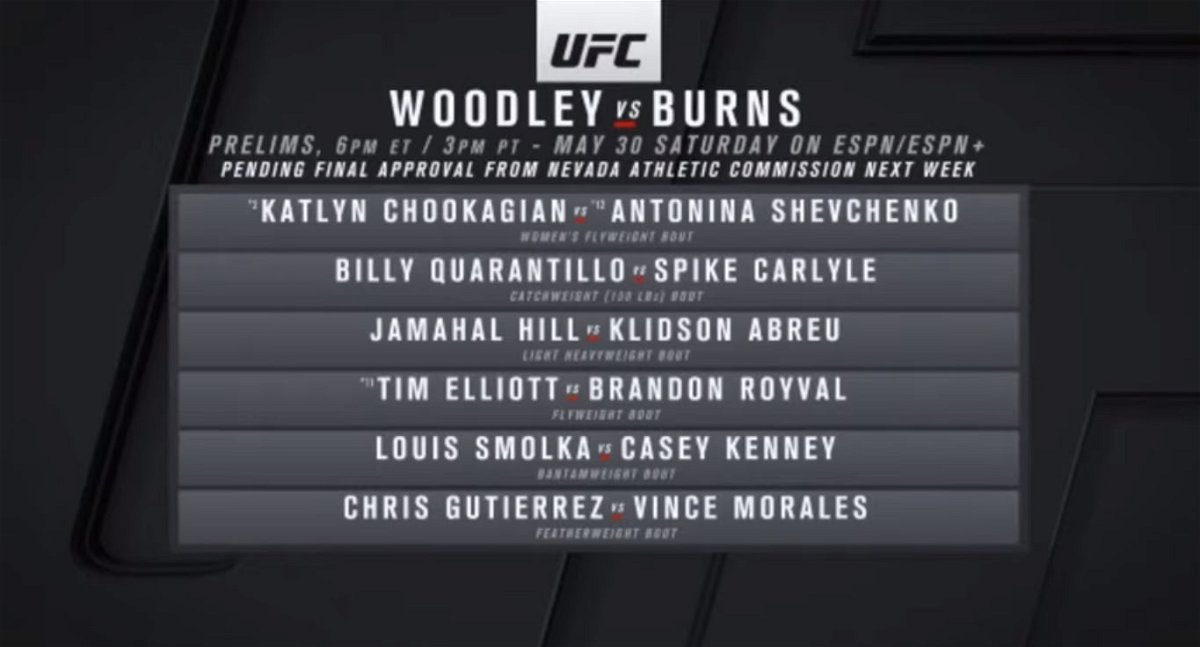 The preliminaries have 6 fights including a Flyweight clash featuring Katlyn Chookagian and Antonina Shevchenko, a catchweight fight between Billy Quarantillo and Spike Carlyle. Furthermore there is a Light Heavyweight match up between Jamahal Hill and KCidson Abreu.

Rounding up the card are fights between Tim Elliot and Brandon Royval at Flyweight, Louis Smolka vs Casey Kenny at Bantamweight, and finally a featherweight clash between Chris Gutierrez and Vince Morales.

While the event is scheduled for the UFC Apex in Nevada, the company is still on tenterhooks. This is because the show is pending final approval from the Nevada State Athletic Commission. This will come on May 27.

Everyone involved will be keeping their fingers crossed for the event at UFC’s home base to get the green signal.

Continue the conversation on Telegram, join other MMA fans on MMA Fans Group